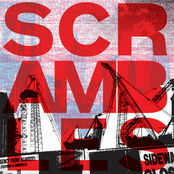 (shut) Up The Punx!!! Lyrics & Chords By Bomb The Music Industry!

I know it’s hypocritical to point fingers at the people who point fingers
But when we all march to the beat of the same different drummer
Yeah, the steps start to come off like clockwork
I guess I’m saying we could stand to be nicer

Because when you’re in a basement talking shit and interspersing it with speaking in name drops and units
I must admit I’m not the best when on the defensive, I’d rather steal your whiskey than your heart in conversation
I’d rather break three strings a song then stick to a routine like I’m ripe for the picking after growing on a tree
And then talk about the industry, cross-market positivity with vinyl nerds and brightly colored, quirky messy record sleeves

I’d rather be vomiting and I despise vomiting
Blugh

But thanks for the beer. I appreciate your time but can we talk about something else?
If you really think that you and I are on the same page, you can go ahead and fuck yourself
Because you’ve got coke and good looks, I’ve got overdue library books
So let’s be friends and change the subject now

Vegans only, no meat allowed
Straight edge only, no drinking allowed
Fixed gears only, no three-speeds allowed
Me, me, me, I'm smart, I'm right, I'm smart!

‘Cause you still beg for cash cause you spent your parents’ last on a Greyhound to the Fest
And your jacket says Crass but I don’t give an ass, I’m not giving you fifty cents
So that you can buy a forty and destroy a hotel party
And the man who cleans your mess up shrugs and says

This non-conformity looks like conformity
Like boring, nice people pose threats to your authority
This positivity is negativity
And you boys sure left me with a mess to clean

Smile big, hug bigger, talk big, act bigger
Stop judging, do something, shut the fuck up, do something
Instead of sneering at somebody because they're not stealing
Buy a troubled friend a drink at the bar and tip well

Don’t spend your time scoffing when you do that you’re just scoffing
Like the people who scoff at us while defending our community
You’re a teacher, you’re a parent, you’re the head of a dictatorship
When the ground is covered up in rules you’re guaranteed to power trip

This non-conformity looks like conformity
Why should anyone believe in our community?
This organization doesn’t feel like anarchy
‘Cause we’re suiting up to have the same identity

Tracks related to (shut) up the punx!!! - bomb the music industry!

mutiny on the electronic bay

kids of the black hole

a passage in time

by: none more black

by: lars frederiksen and the bastards

by: brendan kelly and the wandering birds

somebody wrote this song already

by: the bouncing souls

brat in the frat

by: the dead milkmen

by: the dead milkmen

this is giving up

More From Album: Scrambles
cold chillin' cold chillin'
it shits!!!
sort of like being pumped
gang of four meets the stooges (but boring)
saddr weirdr
wednesday night drinkball
9/11 fever!!!
can i pay my rent in fun?
25!
stuff that i like 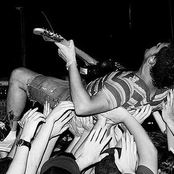 More by bomb the music industry!

dude, get with the program