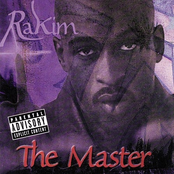 I'm back! The god remains, still at the end
They sabotage the game, still I'm a win
Rakim Allah's the name, and with a pen
No one can dodge the rain, kill'em again
In a club or the streets I swerve, cool in the cut
Looking to see what occurs, crusin' the truck
Shorty got deadly curves, soothin' her up
If I must explain with words, I smooth as a fuck!
The world's most greatest hip-hop's elite
You obsolete, you cannot compete, drop the beat
Keep ya ear to the ground when I rock the street
Cock the heat, we deep papi got to eat
So cut on the mic and spit, I much rougher
Plenty of ice and a whip, plus a crusher
Because I don't like to stick, or bust a brother
Long as they never forget I'm a ill muther fucker

My caliber's out rated
Yeah player, so why hate it
My rhyme through out of control, when I say it
Spit back with a rap or gat, can I spray it
How can I say it? I leave it de-hydrated
I take aim, and he keep the place flamin'
Till the place cave in, aye yo this ain't a safe haven

The best is yet to come, so they stay in
They keep the music loud, the lights is low
The kid with a different style, I like to flow
It's time to move the crowd, tonight's the show
See what it's all about, they like to go
Get henny and mo and cris, the clothes, the platinum, gold, the wrist
Plenty of doe, and chicks who pose for flicks
Women who love roll their hips, when I'm holding this

My mic's a equipped with a microchip, with a million Megs
Bite this I might flip, spread a billion plagues
Put medicine in it before I kill ya dead
You can get away, if you can fill your legs
Could you walk? No, at least you thought though
Auto fours blow a hole in your torso
Damage his brain with more flow until he talk slow
Try to say something now? I thought so!
I leave emcee's bleeding, while I'm fleeing across sea-in
Start breeding, double my Swiss cheese in Sweden
Free on the weekend, come back see if he breathing
They breathing, somebody left his brains beat in
A deadly attack is rare, style will be raw
Be ready to rap you'll hear, as wild as before
If I bust a gat in the air, watch the galaxy fall
And the world will be splat on the floor, that'll be all

no static at all

biz is goin' off

oh no - (best of decade i version)

by: boogie down productions

eric b. is president

More From Album: The Master
flow forever
waiting for the world to end
uplift
how i get down
strong island
i know
real shit
l.i. interlude 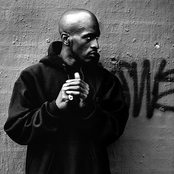 new york (ya out there)

working for you (produced by bassi maestro)

it's a must (featuring rahzel)

when i be on the mic