I rap with the passion of Christ, nigga cross me
Took it outta space and niggas thought they lost me
I'm back like a chiropract wit b-boy survival rap
This ain't '94 Joe we can't go back
The game need a makeover
My man retired, I'ma "Takeover"
Tell these halftime niggas, "Break's over"
I'm raw hustlas getcha bakin' soda
Too many rape the culture
Leave rappers with careers and their faith over
It's a war goin' on, you can't fake bein' a soldier
In the basement listenin' to tapes of Ultramagnetic to the fact the messiah's black
I turn the TV down we could take it higher than that
I wonder if these wack niggas realize they wack
And they the reason my people say they tired of rap
Inspired by black Muslims and Christian
Pushin' Cutlasses, dope, and other traditions
In the conditions of the city, the city, the city, the city, the city, the city, c'mon

A black figure, in the middle of chaos and gun fire
So many raps about rims, I'm surprised niggas ain't become tires
On the street you turn code and then go screech
I tell 'em, "Fuck 'em!" like I do the police
The beast in runnin' rampant
I'm in between sheets tryna have sex that's tantric
But the ghetto, tryna make a get up stand up anthem
You spit hot garbage son of Sanford
What you rappin' for to get fame or get rich?
I slap a nigga like you
And tell him Rick James bitch
Witcha Hollywood stories on porches
We prolly heard stories on who became rich
And whatever light they hit, we wanna hit the same switch
You didn't know where to aim it, you still remain bitch
I'm forever puttin' words together
Some'll sever mothers from daughters and fathers from sons
The name Com has never been involved in Run
Unless it's DMC or runnin' these broads to bein' free
I'm harder than the times, you hardly scary
Holdin' gats inside, you cats is Halle Berry
They ask me where hip hop is goin', it's Chicagoin'
Poetry's in motion like a picture, now showin'
It's the city, the city y'all, the city, the city y'all
C'mon

r u a freak 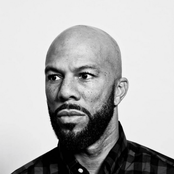 gettin' down at the amphitheater