Hold up, hold up, me and Dilla 'bout to blow some trees
Hold up, pass the Austin and the Freddie Mercury (Let's go)
Don't need nobody, we bouncin' on that Astral Plane
Hold up, hold up, I think I just forgot my name
(That's 'cause you're dead)

Snoop Dogg:
Nickel plated nine
Bang, bang blow your mind
Beep, beep flatline
Gotta get yours, I been had mine
Hold my hand, laying in the bed
Family crying, they think he dead
No jokes no hoax
Felt his palm, he had no pulse
Could've been the drank, it might've been the smoke
In light of all that he was considered dope
And now I'm left to keep you strong
And I kept you Flying Lotus and I step too
You can't run, just gonna get you
I was live when I met you
Now this seems to upset you
This what the shit gon' get you, death

by: boards of canada

the king's new clothes were made by his own hands

in your own time

why would we need brakes?

i love you vashti... 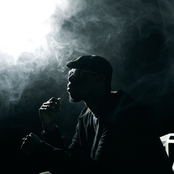 …and the world laughs with you