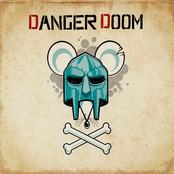 (Brak)
Why did you buy this album?
I don't know why you did, you're stupid
"{Fuck} yourself"
(MF Doom)
Ha ha ha ha!
The super flow with more jokes than Bazooka Joe
A mix between Superfly Snuka and a superhoe
Chew a MC like El Chupa Nibre
Digest a group and sell the poop on eBay
Danger with the vest screamin "Shoot the DJ!"
Doom clickin over two chickens, three-way
Four in the 5, a cork on the freeway
Villain find a way to make 'em pay whatever we say
... state your intentions
"I really love your tape but I hate your inventions"
Very well - what you want, a brownie?
He took off the mask and whispered "Put me where you found me"
He kept his paper digits in a chunk
Once joined a rap click - midgets into crunk
He did a solo on the oboe
Coulda sold a million then the Villain went for dolo
... and cited creative differences
Basically they hated, he left no jaded witnesses
Rappers suck, when they spit I doubt 'em
The crap they sing about you'll wanna slap the {fuckin shit} out 'em
Psht - time waits for no man
On a blind date, a love with a slow chrome hand
Judged him by his shoes, hot smelly Brogan
Budged him with the news, called him pot-bellied Conan
... no prick barbarian
A strict bear-atarian, a sick pair of merry men
The beat is like a swift kick in the rear end
The stiff {dick} made her lose her lipstick and hairpin
He said "Djamn! Act like you know me
Even with the mask on, show me what you owe me"
Tell her brush her grill and wash her face and {twat} homey
Dumile got her like Inuyasha got Kagome
What we have here is a failure to communicate
If you gonna hate, might at least get your rumors straight
about Doom the Great, a lot more confident
Came a long way since the days we had to rhyme for rent
It was time well spent, vented
Spelt and dented, hell-bented and heaven-scented
A wire is dead, he's in it for the cash flow
I'd like to send a big up to Firehead Lazzo
Let a brother know once you lasso Hasbro
So when he come with Destro he gets no hassle
... could hardly get a word in and
wonderin what the damage is to retain Harvey Birdman?
(*BEEP!*}
(Master Shake)
Yo uhh, Danger! It's me your old buddy Shake
Ahh, I heard you're doin a little project and uhh, y'know
I hear you talked to some OTHER PEOPLE
and I thought you were smarter than that
But obviously I am WRONG cause you know my rappin is the {shit}
I don't give it out for free though! So uhh, I'll do it
Feel free to call me, at my number, which you have
{*phone hangs up*} 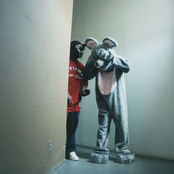 the mouse and the mask