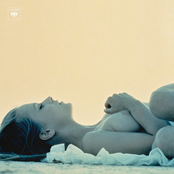 Flick Of The Finger

Flick Of The Finger Lyrics & Chords By Beady Eye

(Say what you believe)

Woke up this morning, I was late, off out on the dark side
With the moon and the room on the wrong side
I took a needle sewed myself right back at the seams
I saw my universal gleam
I see the wonder of life and look for the wall
Just taking a walk in the sun
In time, in just a second like the ghost of a bad idea
I feel myself getting the fear

Don’t be deceived when our revolution has been finally stamped out and they pat you paternally on the shoulder and say that there’s no inequality worth speaking of and no more reason for fighting.

Because if you believe them they will be completely in charge, in their marble homes and granite banks from which they rob the people of the world under the pretense of bringing them culture.

Watch out, for as soon as it pleases them they’ll send you out to protect their gold in wars whose weapons, rapidly developed by servile scientists, will become more and more deadly until they can with a flick of the finger tear a million of you to pieces.

Tracks related to flick of the finger - beady eye

i bet you look good on the dancefloor

when the sun goes down

a song for the lovers

break the night with colour

second bite of the apple

the death of you and me

keep what ya got

the only one i know

the day we caught the train

you overdid it doll

by: the pigeon detectives

last of the english roses

More From Album: Be
second bite of the apple
soul love
iz rite
face the crowd
soon come tomorrow
start anew
ballroom figured
dreaming of some space
back after the break
off at the next exit 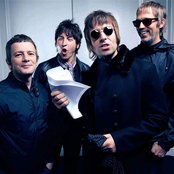 in the bubble with a bullet

back after the break