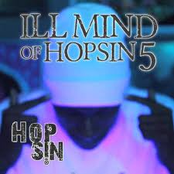 Man I hate rap, but if the shoe fits wear it
I've become a freak of nature all the kids stare at
Who walk around bumping RAW with the shit blaring
Saying fuck school and dropping out like a miscarriage

All of your brain cells rotting from weed
You feeling like if you ain't got it your life's not as complete
You having sex with every motherfucking body you see
With a past so dark, that Satan'd jump out of his seat

But still you out in these streets, thinking you hot as can be
Without the knowledge to lead, so you just follow the sheep
Making sure your lame swag is all polished and clean
While your favorite rappers like, yeah he got it from me

You've been brainwashed by a fake life that you used to livin'
When I say the word fun, what do you envision
Probably drinking and smoking out with your crew and chilling
With clueless women you try and bang, bumping new edition

Is that all you think life really is
Well if so, then you're a fucking idiot
I honestly feel like grabbing your head and hitting it
Matter fact, you don't even deserve a brain, GIVE ME IT

Do you even have any goals, aside from bagging these hoes
And packing a bowl, well let me guess, NO
You're only in school because your parents make you go
When all you do is play beer pong and hang out with your bros

Yo, society's got you living for a whack cause
You're a fucking adult with no skills AT ALL
You don't read any books or play ball
You don't draw you literally do nothing at ALL

Still you fiend for the glamorous fruits
You don't have, 'cause you idolize rappers that do
And all they say is, 'I got money and it's stacked to the roof'
And now you think that it's gon' magically just happen to you?

How? Your lazy ass don't commit to labor
You pick something up, try it out, and put it down two-minutes later
Then you complain about your life 'cause it ain't getting catered
Now whoever tries to call you on your bullshit's a hater

You want to succeed you have to try
Or one day you'll get older and regret it all 'cause you can't provide
Your friends are low-life's, don't act surprised
Look, just cut the bad fruit off of the tree, make the sacrifice

Girls, stop acting like you want a guy
With traits like Romeo, bitch, that's a fucking lie
You always talk about how every man's fake and you can't take it
And you want something real, shut up tramp, save it

Twice a week you put on your make-up and damn bracelets
And head to the club, half naked with your ass shaking
Pulling a low-life nigga who claim he cash making
Till you let him hit and find out he works at a gas station

One of them nigga's got you pregnant, and you can't raise it
But you caused it, your actions made a fat statement
You want Romeo then act patient
And stop fronting, like he in the club, posted in the back waiting

It's the club, where guys put on a new persona
After they get loaded with a few Coronas
They always shouting and wile out with habits that very few condone of
Then they look for beautiful, brainless bitches like you to bone 'em

Then when they leave you, you cry and cry.
Talking 'bout, "Oh my god I can't find a guy.
I've spent so many years and I've tried and tried.
Why am I even on Earth? I should die."

You want Romeo, you're not worthy, you're cock thirsty
You're nasty and probably got Herpes
Sometimes the secret to findin', is to stop searching
Try a new formula, 'cause your last one's not working

The term 'real nigga' is publicly used
And I need to know what it means, 'cause I'm fucking confused
Are you one? For always busting your tool, with nothing to lose
Or something to prove, to homies up in your crew

Is it because you selling drugs to get loot
And brag about how done been shot and stabbed, like it's fun to be you
But your life's a struggle right? and you just hustling through
Nah, you hamster ass nigga, you just stuck in the loop

Man, why do black people got to be the only ones who can't evolve
'Cause you in the streets acting like a Neanderthal
It's clear you can't stand the law, you lost as an abandoned dog
And all you interested in is fighting, rapping, and basketball

Look at you, a real nigga, thinking your life's cool
Girls used to turn me down for guys who were like you
Till you grabbed their heart and shoved a spear head right through
Then they regret it because it wasn't the right move

Your real nigga talk seems bogus
A real nigga don't brag about being real, as long as he knows it
And his future doesn't seem hopeless
A real nigga stays out of jail, handles shit and he keeps focused

Hope the hour is long, when I'm rolling out with your tongue
The man above is my guide, you know the power is strong
All you menacing freaks, are only in this for cheese
And the mass controlled limit was breached, FUCK Hip Hop

They only in it for cheese
And any eye witness can see
They purposely making the innocent weak
My existence on this planet's for you, I ain't only here to benefit me

Yo, we need to make a change while there's still time
It is hard, and sometimes I struggle try to reveal mine
I can guide you if you feel blind
I just need to be willing to journey into my ill mind

the most dangerous weapon alive (prod. by necro)

it's a beautiful thing

party up (up in here) 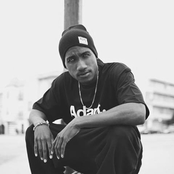 am i a psycho

hyped on the mic