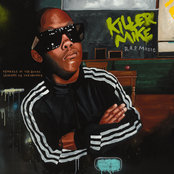 [Intro: Killer Mike]
This album was created entirely by Jaime and Mike

[Verse 1: Killer Mike]
My man JoJo got a caught on fed photo
So he gotta get out of Atlanta hit SoHo
Baby mama say he been selfish, he like "so ho?"
Then he picked up the cell phone called his old ho
She took him to the airport, hit him with some bread
Parked in the deck, then hit him with some head
Hit the counter with the fake ID and the ticket
The old man little suspicious but he hit him with a fifty
Hit him with a hundred, hit him with the "Shhh..."
The old man stamped the ticket and he went like "Shhh..."
Then he hit him with the smile, and he hit him with the wink
And JoJo hit the bathroom, JoJo hit the sink
Cold water, had to splash on the face
His iPod pumping Snoop "Murder was the Case"
Oh shit, looked to his left, Ghostface
"Peace God, Peace God, where's Shallah Rae?"
"Think he had show down in M.I.A today"
Ghost told him "nice Wallies" then went out on his way
Now it's back to reality, reality say:
Still gotta make it to that side of the gate
He moves out the bathroom quickly with haste
And it's a long line, it's a while before the gates
And it's an old lady giving Jo the evil eye
Mad cause she see him cutting spaces in line

[Verse 2: Killer Mike]
Back in line JoJo spot Ivy
Girl from the hood that he knew from NYC
TSA agent so she cleared him on the ID
Before he go through X-ray he taking off his shades
Taking off his jacket, arm out the sleeve
Reached in his pocket, oh shit got weed
He done made it this far, whats Jo to do?
So he stuffed it in his pocket
And he walked right through (He walked right through?)
He walked right through
Then the TSA agent say "She pointing at you."
The old lady that had seen Jo cut line
Went to a officer and tried to drop dime
But Ivy wasn't having that, stepped to the copper
Told him that the old lady's ID wasn't proper
Now the old lady getting treated like a terrorist
Cop got his hand where her grey pubic hair it is
After this though she gonna have to see a therapist
JoJo found the situation hilarious
Threw the old lady's deuces, heading to the train
Concourse A, headed to his plane
Arrived on time, they called the first class
Upgraded ticket took a little more cash
Jo's relieved, hes almost free
Can't wait to land in the NYC

[Verse 3: Killer Mike]
Seat belts on, seat back up
Triple shot of Seagram's in JoJo's cup
A little too much he felt the stewardess up
She said "Stop, sir!", he looks like "What?"
Gave a big tip then he headed to the bathroom
When he got there told her "Hey, it has room"
Turned the bathroom into a smashroom
She was hitting lines he was hitting from behind
Look up in the mirror saw Ghost another time
"Peace god, pardon god, I ain't see ya Wis'
Lean toward the mirror cause I gotta talk biz"
Ghostface told him only 20 to LaGuardia
When you get there a car take you to Astoria
You don't want the alphabet boys on call
So tell the stewardess to make a wheelchair call
Wheelchair came, deboard plane
Jojo couple old folks and they canes
Exiting the door he seen a dog walking slow
Couldn't dump the weed, nowhere to go
Turns out the dog sniffed out that blow
Good thing the stewardess a cokehead ho
Cause they bumrushed the bitch
And threw her ass to the flo'
Jo told the wheelchair boy "Let's go!"
And Jo got away that's how the story go

apple of my eye

no endz, no skinz

cradle to the grave 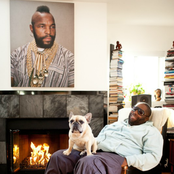 if i can't eat right