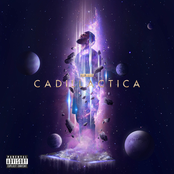 King Of The South

King Of The South Lyrics & Chords By Big K.r.i.t.

Grew up on the country side of town
Now I'm ballin' under city lights
Grew up on the country side of town
Now I'm ballin' under city lights
King of the south, king of the south, king of the south
King of the south, king of the south, king of the south
Grew up on the country side of town
M-I crooked my nigga
Do it for the south, ya'll know
Born and raised where the rebel flags from slaves
Grew up where ya'll niggas won't go
Rep that, rep that shit like I own it
I did it big for my fam and my homies
I got the biggest house on my block, foreign with the drop
For the times I was out here homeless, God flow
Time and time again I tried to tell these niggas
Yo what I say to these niggas?
(?) on tap dance, do whatever for a sack
Give a lap dance bitch ass nigga
(?) flow coke up
25 lighters on my dresser, ain't shit changed
Rollin' in the (?)
So clean you think might I been selling cocaine
Light at the end of the tunnel
When you're flexin' it's hard to humble
Talkin' fourth down, can't throw the ball to Def Jam
Cause they might fumble
Kick that south flow that you can't get
Try to fuck the world but my dick won't fit
My bitch like "KRIT, motherfuck they feelings
You wanna be king, gotta claim that shit"
I'm talkin' 'bout off with they heads
When you put on a mink, gotta creep down stairs
When you come from the country
Your feet on the snakes (?) make clothes out of bails
I ain't playin' no games
I leave with the future, you follow these lames
I embody the South, the swing, the grain
The trunk with the bang, the gold in their mouth
Ain't no love in the coliseum
This shit here been a bloodsport
Keep what you kill, fuck if they live
Cause everybody out here cutthroat
I've been quietly waitin'
Deep in my dungeon, my stomach was rumblin', my belly was achin'
Everybody wanna see a monster
Till they see the monster, the monster holla out, "What's shakin'?"
I know what you thinking, this nigga shit, must not be stankin'
He must not know better at all
Titans collide on the Zeus to survive
If not me bitch, who the fuck you gone call?
To rain from the mountain tops
Still blood stains on the leaves
I don't do it for the (?) comment (?), I do it for the OGs
And them country folk that can't talk that shit
This ain't your curb, don't walk that bitch
This ain't your porch, so keep off that shit
Go find a cliff and jump off that bitch
If you don't think that I'm king
I done proved them wrong like twice, can't stop my fight
I could murder your favorite rapper
And all I get is "No way a Mississippi nigga really that nice!"
Fuck em, fuck em, fuck em, fuck em, fuck em, fuck em
I said it six times cause it's my pleasure
Say it one more time for just for good measure, fuck em
Raised by the King that before me
Slowly crept up and still paid dues
I embody the South, the swang, the bang
The soul and the paint and the blues
YOU MIGHT ALSO ENJOY
Lifestyle by Rich Gang
6 God by Drake
Hot Nigga by Bobby Shmurda
No Flex Zone by Rae Sremmurd
About Genius Jobs Sign in Contact us

Tracks related to king of the south - big k.r.i.t.

apple of my eye

all i blow is loud 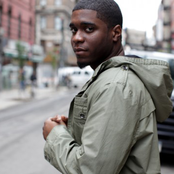 4eva and a day

it was all a dream

the return of forever

send me an angel