I don’t have to tell you things are bad
Everybody knows things are bad
The dollar buys a nickel’s worth
Shopkeepers keep a gun under the counter
We know the air is unfit to breathe and our food is unfit to eat
And we sit, watching our TVs
While some local newscaster tells us
That today we had fifteen homicides
And sixty-three violent crimes
As if that’s the way it’s supposed to be
We know things are bad…
Worse than bad… They’re crazy!
It’s like everything everywhere is going crazy
So we don’t go out any more
We sit in our house and
Slowly the world we’re living in is getting smaller
Please at least leave us alone in our living room
Let me have my toaster and my TV and my steel-belted radials
And I won’t say anything
Just leave us alone…
Well I’m not going to leave you alone…
I want you to get MAD!
Hypnotised by a spreading viral sydrome
Sitting silent in a cyber prison, eyes got spinning spirals in’em
We're spending our lives pretending, idealising idols singing
Worthless simple minded jerks
, jerking off at the sight of women…
Someone’s behind it, making the most of it
Raping your soul sonny, they’ve made you a slow puppet
Enslaved the globe with paper, causing commun, sick behaviour
They divide ya, make ya fight, constantly quarrel with your neighbor
You make me wanna wake ya, shout, shake ya out your bed
Slap ya back to reality, pound ya, break your drousy head
Whether black, brown, white, yellow or blue, whether you Jew
Christian, Muslim, Man or Woman, Macho, Feminist too
Forget your hatred and beefs, gay or straight relate evenly
We can blatantly see we’re ALL getting raped equally
People should be eager to put their forces together!
The more the better! Forget your pain, y’all important and clever!
(Get mad) Listen bredren, you’re not a little bread crumb
Lift your head son, cause you’re a fucking living legend!
(Get mad) You’re not a zombie hun, don’t nod when they numb ya
You’re not a statistic, nah, not an anonymous number…
(Get mad) You are knowledge, wonder, mind, body and soul
Flip Big Brother the bird, ‘cause he’s not in control, nope!
(Get mad) Strike the power, time to be sour
Pile up the cowards’ cadavres after dragging ’em out they ivory tower
I don’t want you to protest
I don’t want you to riot
I don’t want you to write to your congressman because I wouldn’t know what to tell you to write
I don’t know what to do about the depression and
The inflation and the crime in the Streets
All I know is that first, you’ve got to get mad
You’ve got to say:
I’m a Human being God damn it!

devil in a suit 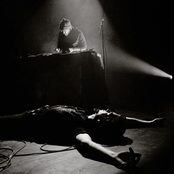 i get the job done