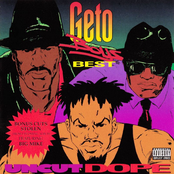 Mind Playing Tricks On Me

Mind Playing Tricks On Me Lyrics & Chords By Geto Boys

I sit alone in my four-cornered room staring at candles
Oh that shit is on? Heh
Let me drop some shit like this here Real smooth
At night I can't sleep, I toss and turn
Candle sticks in the dark, visions of bodies being burned
Four walls just staring at a nigga
I'm paranoid, sleeping with my finger on the trigga
My momma's always stressing I ain't living right
But I ain't going out without a fight
See, everytime my eyes close
I start sweatin', and blood starts comin' out my nose
It's somebody watchin' the Ak'
But I don't know who it is, so I'm watchin my back
I can see him when I'm deep in the covers
When I awake I don't see the motherfucker
He owns a black hat like I own
A black suit and a cane like my own
Some might say "Take a chill, B"
But fuck that shit, there's a nigga trying to kill me
I'm poppin' in a clip when the wind blows
Every twenty seconds got me peepin' out my window
Investigatin' the joint for traps
Checkin' my telephone for taps
I'm starin' at the woman on the corner
It's fucked up when your mind is playin' tricks on ya
I make big money, I drive big cars
Everybody know me, it's like I'm a movie star
But late at night, somethin ain't right
I feel I'm being tailed by the same sucker's head lights
Is it that fool that I ran off the block
Or is it that nigga last week that I shot
Or is it the one I beat for five thousand dollars
Thought he had 'caine but it was Gold Medal Flour
Reach under my seat, grabbed my popper for the suckers
Ain't no use to be lying, I was scareder than a motherfucker
Hooked a left into Popeye's and beared down quick
If it's going down let's get this shit over with
Here they come, just like I figured
I got my hand on the motherfucking trigger
What I saw'll make your ass start giggling
Three blind, crippled and crazy senior citizens
I live by the sword
I take my boys everywhere I go, because I'm paranoid
I keep looking over my shoulder and peeping around corners
My mind is playin' tricks on me
Day by day it's more impossible to cope
I feel like I'm the one that's doin' dope
Can't keep a steady hand because I'm nervous
Every Sunday mornin' I'm in service
Praying for forgiveness
And trying to find an exit out of the business
I know the Lord is looking at me
But yet and still it's hard for me to feel happy
I often drift when I drive
Havin fatal thoughts of suicide
BANG and get it over with
And then I'm worry-free, but that's bullshit
I got a little boy to look after
And if I died then my child would be a bastard
I had a woman down with me
But to me it seemed like she was down to get me
She helped me out in this shit
But to me she was just another bitch
Now she's back with her mother
Now I'm realizing that I love her
Now I'm feeling lonely
My mind is playin' tricks on me
This year Halloween fell on a weekend
Me and Geto Boyz are trick-or-treating
Robbing little kids for bags
Till a law man got behind our ass
So we speeded up the pace
Took a look back and he was right before our face
He'd be in for a squable no doubt
So I swung and hit the nigga in his mouth
He was going down, we figga'd
But this wasn't no ordinary nigga
He stood about six or seven feet
Now, that's the nigga I'd been seeing in my sleep
So we triple-teamed on him
Dropping them motherfuckin beads on him
The more I swung the more blood flew
Then he disappeared and my boys disappeared, too
Then I felt just like a fiend
It wasn't even close to Halloween
It was dark as fuck on the streets
My hands were all bloody from punching on the concrete
God damn, homie
My mind is playin' tricks on me

Tracks related to mind playing tricks on me - geto boys

don't let it go to your head

we can't be stopped

luchini aka this is it

by: compton's most wanted

by: compton's most wanted

c u when u get there

by: devin the dude

murder was the case

one more road to cross

brothers gonna work it out

strictly for the ladies

More From Album: We Can't Be Stopped
the other level
ain't with being broke
trophy
gota let your nuts hang
homie don't play that
another nigger in the morgue
punk-bitch game
chuckie
fuck a war
we can't be stopped 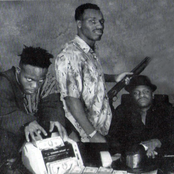 first light of the day

we dont talk to police

now i feel you

when it gets gangsta