Story Of A Free Man - Chapter Two: The Cold Return

Dad came home in a body bag. He never had a chance to say goodbye. He was
A good man - fooled to believe in a fake ideal. His veins soon pulsed
With dissent from what he had learned right before he died. The cold reality
Of the rich sending the poor off to fight a war for the corporate whores.
"Will we ever see an end to this?" he said. Still stuck with addiction,
He numbs his mind. He wants to return to the time when he was young and blind.
"Will we ever see an end to this?" he said. He knew life would never be the
Same from here on out. He felt those storms coming in with those dark
Approaching clouds. "Will we ever see an end to this?" he said. He's homeless now.
He throws his mind away and struggles with thoughts of suicide at the end
Of days. He wants to see the end of this. This is the beginning of his concrete
Bed under a bridge. "This is rock bottom. I can only go up from here. I'm
Looking ahead, and I think I'm ready to face what I've always feared."
He screams out at the metropolis in front of him. This is where he learns
To sink or swim. He turns to face a monster in front of him that is the epitome
Of limiting. He takes the needle from his bed side, gives it a look for
The last time. It's the last time...

wasted on the young

end with an ellipsis

run for your life

blind to what is right

a stranger to myself

by: the cold harbour

by: the cold harbour

a plea: a promise

i'm on the guestlist motherfucker

by: crime in stereo

the impending glory of american adulthood

by: crime in stereo

blood in my veins

by: killing the dream

by: killing the dream

by: down to nothing 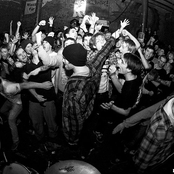 we were here (39th and glisan)

get on the train