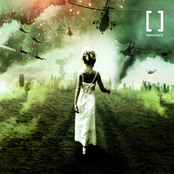 Getting close, heading straight in line
Instant change altering the course of time
In our league, dreading what we’d say
Can you see, nothing's the same again?
Innocents that you did not know
I was staying deep in a terror cell,
and I lived in your nation's might,
but you claim no one was keeping sight
Within time, buildings seem so low,
even though buildings would save our souls
Growing streets open up to me
Is there something no one need know?
Is this something no one need know? [x4]

In the final row, aboard a falling plane,
a man looks out into space that he once had known,
but is now replaced with a mighty hole and an army base,
as his thoughts go back to his childhood days
at his family home in the States
With an English tongue and a Christian creed,
he was taught to learn and to believe
that if a man should give up his life for faith,
then he'd exist beyond this place
in the heart of God, to an angel's song
From whence he came, he must belong,
not to this world of deceit and greed
at the devil's hand who God defeats
In this evil world, through this evil land,
only the good survive God's plan
As the plane went down, hands clenched with fear
He was heard to pray, all could hear
Heads were bowed
Was there someone there?
'Cause no one is here

you broke the sun

by: the omega experiment

by: the omega experiment

by: art by numbers

a place to revive your soul

by: lost in thought

by: lost in thought

More From Album: I Am Anonymous
fall of america
die with a bullet
soldier
in hell's name
daddy fucking loves you
invasion 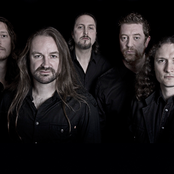 the music turns me on

kill you with kindness