I see the skyscrapers in the back, this shit is official

Bitch, watch how you speak to me
I've been working all week and I know I need ZZZZs
Tryna get paid repeatedly
Jamaica or Cancun, oh now that's where I need to be
Credit card used to be EBT, in the D though that's D-EBT
I be thinking about becoming a cop
So I can murder some niggas one by one off legally
I talk that real shit, but that's why they loving it
One time for the city, treating it like it's the mothership
Was talking to my dad though on some other shit
He like "man, slow down with the girls you're fucking with
If they ain't a quarter back, there's no point of rushing it
Don't make the same mistakes I made with your mother"
But that's on some other shit, look
I'm into risk and taking it
I'm into making it then back then make it like I ain't made it yet
This the rehab for a workaholic, I been thinking bout shaking it
I done had a Rolex longer than I had relationships, I'm embarrassed to say that shit
But I've been working on myself and that's the most important work
Even if you don't get paid for it
Shit, call me the greatest
Don't call up no favours, I call up my saviour
Like thank you God, look at all we created
I started rapping Biggie Smalls in the basement
And now we headed to the tallest skyscrapers

win some, lose some

too bad i have to destroy you now 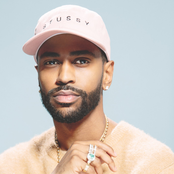