We're all chemicals, vitamins, and minerals
And vicodin with inner tubes, wrapped around the arm
To see the vein like a chicken on the barn
Top Cat chat, let's begin another yarn
That's flying saucer cheese or is it chicken parm'?
But roosters don't fly like boosters don't buy
So what powers cowards to get 'em to the top
Just to fall asleep listening to Bach?
The ribbon in the sky is the riddim that I drop
Dribbling the eye across the prism of a clock
That lacks meaning but racks up stacks of fat reading
They catch Chief and wrapped up plants from trap dealings
Now what's a coffin with a scratched ceiling?
And what's the talking without the match feeling?
That's buried living and cherry picking every lemon
From your berry system then proceed with the pack feeding
When I was young I had visions of another world
Sneaking looks at the porn stash of my brother Hurl
Incense smoke made vortices and other curls
Casting calls from porn films and ad space for rubber girls
I like my pancakes cut in swirls
Moroccan moles and undercover squirrels
I like cartoons, southern cities with large moons
Faith healers, ex-female drug dealers, and art booms
Apologize for my weird mix
What taste like hot dogs and tear drips
And looks like pantomime and clear bricks
And smells like shotguns and deer piss
They on they hunt, kind of salty that I'm going hard
First part of a party that I throw in parts
One minute you're playing pool, next minute you're throwing darts
But that's how you do with a party that you throw in bars
I run the Gambit like I'm throwing cards
From popular mechanics to overdosing hearts
Paint cold pictures like Nova Scotia landscapes
Nerd game make Mandelbrot sets when we handshake
A word game back up plan that can dam lakes
Back-up the wordplay playing at the man's states
Means I can still be the man if the dam breaks
And when demand brakes I'm reflectious what they can't face
My peers will still treat the mirror like it's a fanbase
The unfettered veteran, the eagle feathered man of medicine that hovers above cities like weather men
And maybe weather woman, whatever better to tell ya weather comin'
I prefer girls to reign all over the world
And not rain like rain man or rain like rain dance
Or rain like a slight chance of rain when it's rainin'
Or rein like deer slaves to Santa Claus sleigh man
But reign like Queens that reign over made man
And not Queen like Queen killer, rhapsody bohemian Queen
But Queen like white glove wave hand
And not wave hand like it's a heat wave so you make a fan by waving your hand
I'm talking wave like you saying, "Hey, man"
And not hay for horses and hoarse like you almost voiceless
You gotta treat your vocal chords like it's a fortress
And treat every single one of your words like reinforcements
And especially when you're recording 'cause that's the portion that's important
When I was reporting that I was poor but now I'm more than
It's still hooker heels on my sugar hills and sweet spots
Crying shames, make margarita rims from cheap tops
Deep plots in floor to ceiling windows for my peep pots
A little scene with the sickle swings to make the wheat drop
And a hundred words for them hummingbirds that like to eavesdrop
And fan out like peacocks with a parakeet that beatbox
So the sun rise when the beat drop and the sun dies when the beat stops
Then it unties, then it relocks, then it relapsed, then it detox
Then heat back like a heat pack on his knee caps of the weak spot
'Cause he want what we got, like yeah

Then forge poetry like a young honorary Morrissey
Then spit it to the golden locks thots who like their porridge all watery
Not scorching nor sorbety from the steel orbitings, sorcerer, sorcery coming down gorgeously
Just like a Stacey Dash waterfall
A more torturing, a water boarding Barbie doll
A river of women like a Brazilian Carnival
Swimming in feminine bikinis made out of Barbasol
Somebody give them the volleyballs
If you love her, don't ever send her to Mally Mall's
Homie if she lonely she might end up in Macauly's claws
Coming out the closet over goblets down at Madri Gras
The fame, champagne, walk of shame lobby call
My rap position was black condition and activism
Ammunition for abolition, missions attacking systems
But they not apt to listen unless it's dropping on Activision
Are we apps or are we bodies filled with apparitions?
Operating applications, stuck inside a Apple prison
Chicken hack and download updates that lack religion or are we more
Than soil tainting, disloyal changelings
Preoccupied with boy and Goyle chasing and foiling other's royal saintings?
I sit back and watch the world through the eye holes in my oil paintings
Uh, ain't nothin' to it but to do it
Unless you Virgin Mary, nothin' do it but the truest
Believe all that unless you Jewish
Life is not a dictionary, it's a thesaurus
And I feel like a missionary to a clitoris
The water bearer heir of traditions that I swear to never change my chair position or conditions of my porridge
Submission for sedition against the religion of a chorus
Keep them golden weave thieves out the motherfuckin' forest
As I perform a nerve storm, I prefer my pictures in word form
Bury the hatchet like how a bird born
As I paint cold pictures like Kool-Aid facing condensation
Having conversations with flavorful combinations, slave to my concentration
So that's OJ da Juiceman meets OJ with two hands
And two gloves, that's too snug to judge who was who drew blood
And Lupe look at all these toucans
In a cemetery full of tomahawks
Giving middle fingers to the pigeons doing somersaults
Road runners don't fall off cliffs, they run across
Anomalies by the colony, flukes by the reservoir
Wildin' pursuers end up as poofs on the desert floor
Levitating youths who know the truth of where the fountain hides
Buccaro roof painting tunnels onto the mountainsides
A thousand parts a pound of heart an ounce of eyes
Announcing now the doubt in mouth pronounces a count of lies
Chocula counts by the count of five
Refrigerator roof full of animals and monsters
Incinerator chutes and the manual for Contra
Assorted memories from my childhood
Absorbing energy from the wild woods
Electronic combat, Konami sign contract
Chinese chalk killing cucarachas on contact
Chicago, spray gun aficionado
Efficient spitting bridging divisions isn't Chicano
Who's the boss if isn't Alyssa Milano?
Dudikoff, ninja mission into the Congo
Polarize envy of the older guys
Black obi, shinobi hittin' Kenno in the face with all my throwin' knives
Sub-zero guiding, hiding, riding in the pack as well
Sound Village, Leaf Village, wolf spirit, magic spells, yeah, uh
Dodging rain and catching hail
Faces need samurais to catch the L
Special research vessels made for catching whales
Filet-o-fish ships sea-shepherded peppered with extra sails
Rewrite history, liberty needs a better bell
Maybe harder irons and carbon fibers that never fail
Smarter science mixed with a odd alliance of fairy tale
Or maybe just a metal pail you hit with steel tools
To announce that you've had enough and dropping out of SEAL school
Just like trout jumping out their house to let their gills cool
Cuba-scuba couldn't take the temperature of my skill pool, yeah
Said it feels cool to kill fools
Slipping through the cracks like when you try to grill gruel
Techno Viking water bottle and not following pill rules
Will have you off of the throttle when you should be modelin' chill mood
Roller skater maker or are you just cobblin' wheel shoes?
Overweight taster of kings food that kills crews
Oblivious feather-weight baker who autographed cakes whenever his quill moves over your milieu
Simple as a Buddhist monk in a temple standing in some heel groove with the abbot, practicing stillness
Real still till he realizes his realness
Defeat Samsara, achieves nirvana and brilliance, yeah 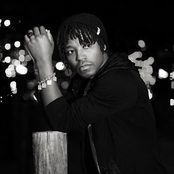 how dare you - feat. bilal