Chorus:
Smart bastard, he ain't known, he lays low and never leaves a trace where he goes
Smart bastard, does a racket sniff, stacks pinks when he comes out his [gaffa mint?]
Smart bastard has a suit and quips from two to six, wakes up and moves quick
Smart bastard
Such a bastard
Smart bastards [bre?, rare?], finds it hard to take the stairs to success so he starts his business then and there
Gets himself a bit of snort, [and dish as well and cooks em warm, plus one shot?] to ten shots and sets up shop to move o's
To right he does, assigns halves to free bruvs, all hard all smart and all graft like he does
He never wastes a bag of cash with the same addidas, always on his toes always on the road
The boy them observe but never catch him serve, they tap [both folders his sony], and what a rola
They search, they look, in every nook and cranny but he's alert, as a rook, he aint shook, he aint bammy
He always changes his car and the yard where he'd [watch?], some days he pass on the bus or rebooks
He is the face of faces, rated by the rated, but he's the ace cause the rated don't know his face
Chorus
Slowly whispers spread around, he's top boy around town, eyebrows start to screw, mouths quickly start to frown
Even bedrins can't look him straight, he feels their clench in their handshakes but doesn't show that he knows the ones that's severin are the snakes
Instead he presses ahead to break bread with the boys, [?] [to tell the rest?], no questions asked, no made noise
The spot where at his place, docklands where he lays well away from the pace so he can think straight
On his duvet two suitcases, filled with queen's faces, to be all separated for everyone's full dayshift
All the faces now had been shown except one of the aces cause the face with this ace had more than one face
Chorus

let it all happen

alone with the tv

by: the mitchell brothers

wish i did the same

by: the mitchell brothers

taking over? (it ain't working)

end in the streets

More From Album: A Breath Of Fresh Attire
when the whistle blows
fuck me? fuck you!
don't try this at home
alone with the tv
wish i did the same
someone can't look us in the eye
excuse my brother 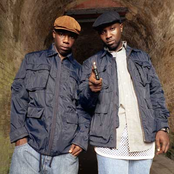 More by the mitchell brothers

she's got it all wrong

fuck me? fuck you!