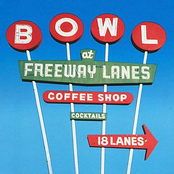 Ska  Heard on pandora  Banda zjebow  Reminds me of being 17 and going to ska shows with the girls
times played
18.7K
audience
7.9K
close

I like to run through the crowded streets at night
When the people are dancin' and the feelin' is right.
So many things are happening at once
That between the street and my feet there is no resistance.
A butcher, a baker, a candlestick maker,
A job is a job but not undertaker.
Don't forget about the market, just take your car and park
On either side of the road, but don't forget to lock it.

It's all about lookin' at someone that you don't know,
Who's so unaware of the casual stare.
And nobody's knowin' that the grocery list is growin'
Like the rate of life's lawn which they're mowin'.
Call a street an isle, if you care to do it,
Take a walk through an alley but never find a lane.
Knickknack paddywack, someone's thinkin' behind your back, You need a vacation to a club by the sea.

Three more or two more, a wonderful addition
To the scene that's surrounded by a transparent crew.
â??Ship off the old,â?? says Captain, â??Block off the new stuff.â??
Your prankin' ain't long enough, you're talkin' to who?
It's all about lookin' at someone that you don't know,
Who's so unaware of the casual stare.
Ignore this practice, before long they'll come to thank,
You're the leader of the blind, you're one big eye.

it's a wonderful life

what happened to my radio?

i know you too well to like you anymore

(we all have to) burn something

standing up for justice

by: the bruce lee band

switch on your brain

the world is new

car on a train

by: i voted for kodos

please die in a fire

by: i voted for kodos

a long look at a short lived dream

they always come back

More From Album: Freeway Lanes
rude 69
mr. twist
you take me
hot buttered
more than a person
man in the street
bitch
the reburial of marcus garvey
sock monkey march 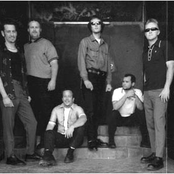 badminton on a rope

days all the same