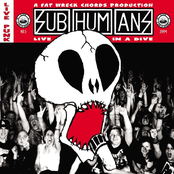 There's war in the headlines, war in the heads
Of the leaders who feed us til we're overfed
We're not hungry anymore for your diet of war
Malnutrition for the global poor
The people stood in breadlines
Are still paying for the landmines
Are being cursed for nothing worse
Than living on the pipeline
One war ends and the next one starts
The oil pipe dream leading straight to the heart
Of capitalism and market chains
That supply the demand to feel less pain
But the pacification is wearing thin
Global domination has its cost
When culture's lost then no one wins
Its no surprise when the bombs go off
-This year's war-
The war against terror like the war on crime
Is a war on anyone, anytime
The invisible enemy could be you
Now we live in a state of total strangers
Fear controls til' its who trusts who?
Everyone scared of their next door neighbors
-This year's war-
The war against terror like the war on crime
Is a war on anyone, anytime
People turn to terror when all else fails
The prisons aren't full of rich white males
We're more than scared of the men at the top
We're talking to each other and we're pissed off!
Pissed off with the thought its out of our hands
That innocent people in far-off lands
Will die for the greed or revenge of the few
Who say 'we have no choice in what we must do'
The empty reasons about defending
Freedoms' are just never-ending
Strings of bluff to justify
Complete control over peoples lives
Or at least the global oil supply
And re-election as the polls roll by
And a place in history when you die
-This year's war-

by: lars frederiksen and the bastards

lightning knock the power out

ain't it the life?

clean as a thistle

i won't give up

the serenade is dead

one second to midnight

john wayne was a nazi

by: call the cops

the future is futile 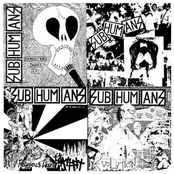 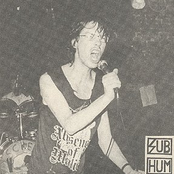 god for a day

glad to be alive

people of the plague